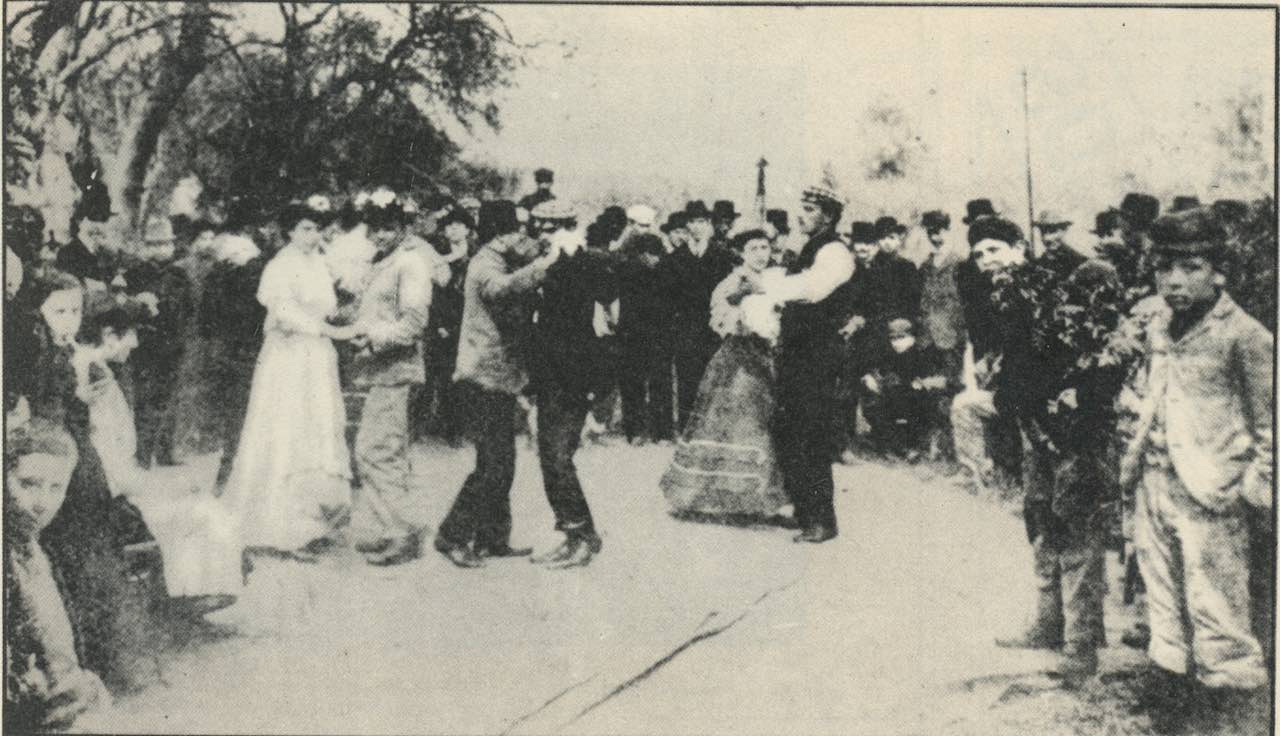 There is No Truth to be found in Tango

The tango can be debated, and we have debates over it, but it still encloses, as does all that which is truthful, a secret. - Jorge Luis Borges

With this section of the website, my goal is to help educate students and tango enthusiasts about the history of tango music and dance. One thing to keep in mind when reading these articles is that there is much disagreement even amongst famous tango historians. The periods of progression are very loosely defined and of course musicians of one style or period kept playing well into the next so the lines are always blurred. There are even discrepencies over who wrote which songs. People cannot even agree on the origins of the word, "tango." So, what follows is my best effort, at the moment to make sense of it all.

I have been studying Argentine Tango music and dance since 2003 and have amassed a substantial collection of over 6,000 Tango songs, 600+ Vals and 500+ Milongas including CDs, Vinyl LPs and 78s. This is still just a fraction of the Tango music that is out there. It is estimated that there are over 40,000 tango recordings.

This site will primarily focus on music for dancing from the early days of tango, through the Golden Age (1935 to 1955) and today's modern music. One thing to keep in mind is that the vast majority of tango music is not for dancing. In Buenos Aires, most everyone listens to tango but only a very small percentage of the population dances.